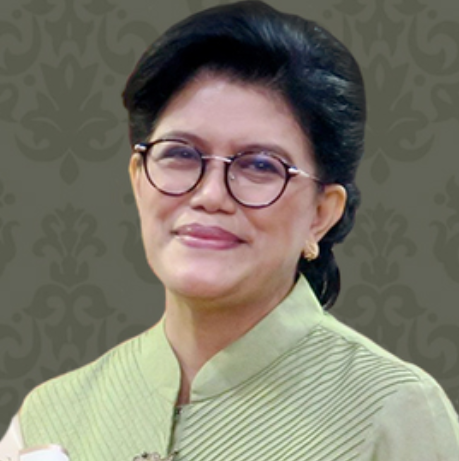 Dr. Dra. Lucia Rizka Andalucia, Apt, M.Pharm, MARS is the Director General of Pharmaceuticals and Health Devices MoH, Republic of Indonesia and has been in her current position since December 5th, 2021. She was graduated from doctorate program of Gajah Mada University. Before working at her recent office, she was the Director of Pharmaceutical, Narcotics, Precursors and Addictive Substances Standardization MoH Republic of Indonesia and the Director of Drugs Registration of National Agency of Drug and Food Control. Another duty as a spokeswoman of Vaccination program of COVID-19 Handling and National Economic Recovery Committee has taken her to the brilliant career in MoH, Republic of Indonesia. 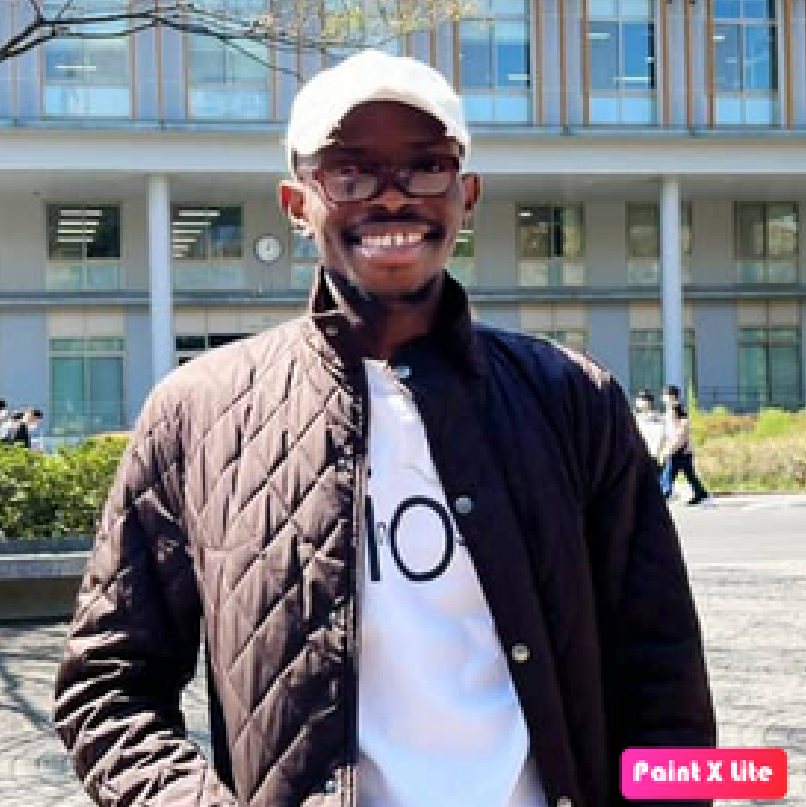 Christian Ebere Enyoh is currently a Doctoral Researcher at the Graduate School of Science and Engineering, Saitama University, Japan. He holds a Bachelor and Master of Science degree in Industrial Chemistry and Analytical Chemistry respectively from the Department of Chemistry, Imo State University, Nigeria.

His research is currently focused on micro and nano plastics and other emerging pollutants, including their monitoring, toxicity and remediation by experiment and computation. He is also interested in public health research by evaluating local food sources for toxic and essential substances.

He led a research project which provided for the first time the impact of macro and micro plastics in soil on phytochemicals in plant. He is a member of the Chemical Society of Nigeria and has over 100 publications to his credit with over 1000 citations, H-index 19 and i10-index of 40. He was recently listed among the top 500 (171) authors in Nigeria by SCOPUS 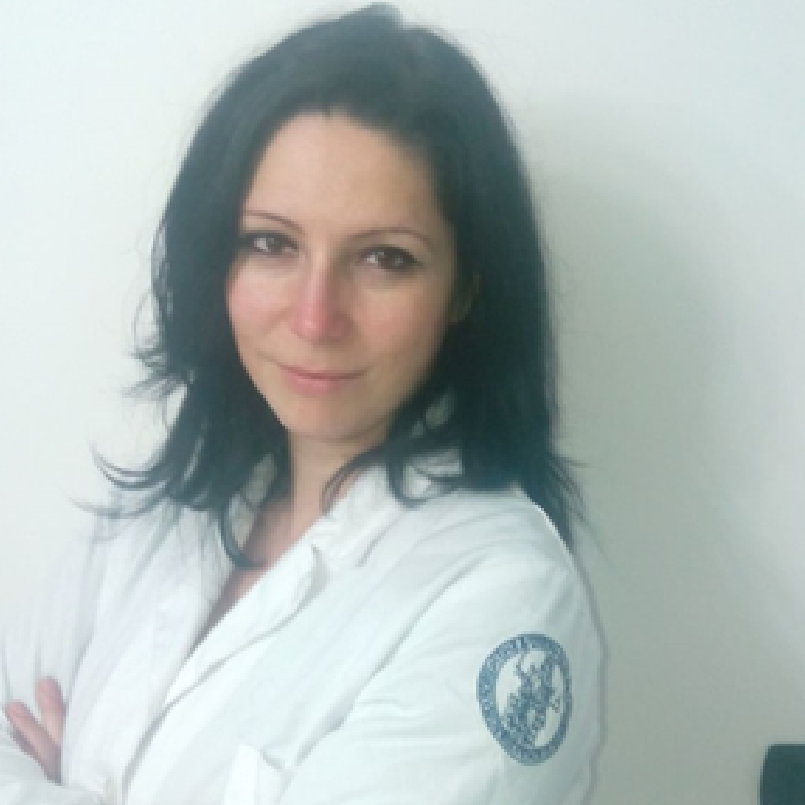 Maria Paola, graduated in Veterinary Biotechnology in 2004, obtained her PhD in Biology, Pathology and Environmental Hygiene in Veterinary Medicine at the University of Naples Federico II, Italy, in 2008. Since 2019 is Associate Professor in Parasitology and Parasitic Diseases at the Department of Veterinary Medicine and Animal Production, University of Naples Federico II. Her main research interests are epidemiology, diagnosis (with classical and innovative techniques) and control of protozoa, helminths and arthropods of animals and humans. She has participated at the development and the validation of innovative techniques (FLOTAC, Mini-FLOTAC and molecular biology approaches) for diagnosis of helminths and protozoa in animals and humans. Since 2020 she is Member of WHO Collaborating Centre for Diagnosis of Intestinal Helminths and Protozoa (WHO CC ITA 116). She was involved in several national and international scientific projects, as well as in COST Actions. Currently, she is Principal Investigator of the national project “Rapid detection of vector-borne pathogens” and scientific responsible of research unit of the national projects “Leishmaniasis in Agrigento, Caltanissetta and Palermo province: human outbreaks and animal reservoirs” and “Neosporosis and besnoitiosis in cattle and buffalo farms in Lazio and Tuscany”. Moreover, she is involved in the HORIZON projects PREPARE and CLIMOS as component of research unit and in the PRIMA project ECHINO SAFE MED. She was member of organizing committee and traineer of several international courses on FLOTAC and Mini-FLOTAC techniques. She is also Associate Editor of BMC Veterinary Research. Her production consists of more than 250 publications, papers published on national and international scientific journals with impact factor and proceedings of national and international conferences.
Her h-index is 22(Scopus). 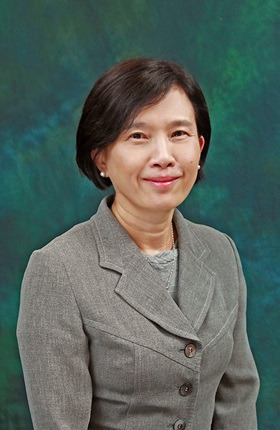 Dr. Cynthia Wu is the Senior Teaching Fellow of School of Nursing of The Hong Kong Polytechnic University. She has extensive experience in promoting community and public health over 20 years. Since her involvement in Baccalaureate Nursing Education, she has been integrating the research evidence and current studies in teaching and practice. She has recently led few Service- Learning programs of engaging faculty students in balanced lifestyles and safety community. One of the recent program for promoting school children’s greenness exposure and green eating via hydroponic planting was published in the journal; the model of practice was sustainable and were adopted by the schools as co-curriculum activities. In 2015, she received the award of improving student experience through the HEARS empowerment program for secondary schools. Ever since then, she has been collaborating with schools and community centers to explore the sustainability of the applied service models for the benefits of public, community agencies and university education. 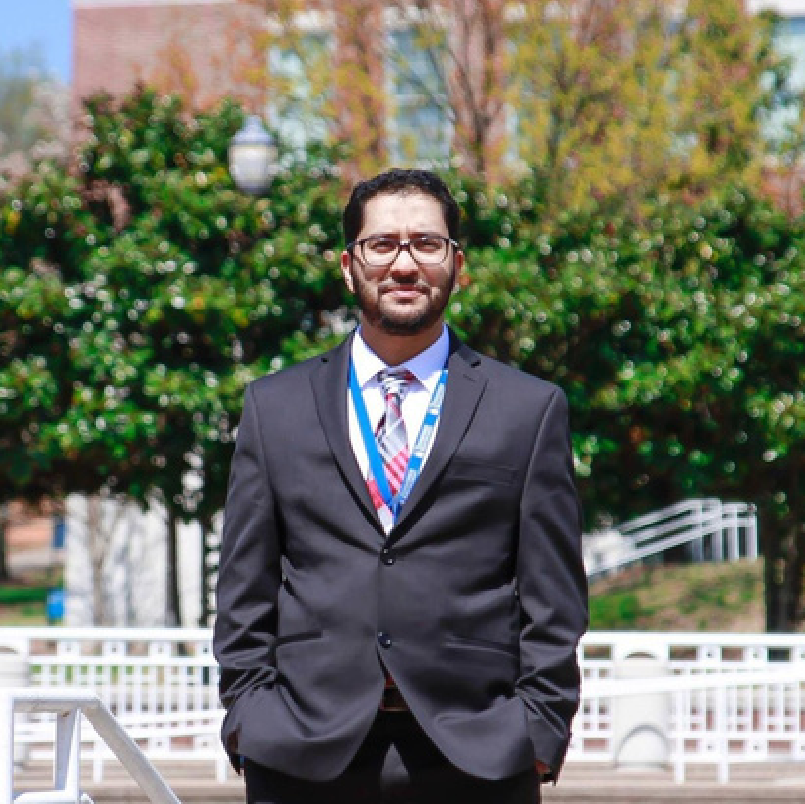 Mustafa Khalid Aljarrah BHSc. HIM.MSHI is an experienced HIM professional with a demonstrated history of working in the non-profit organization management industry. Skilled in Healthcare Management, Strategic Decision Making, Critical Thinking, and Leadership. Strong operations professional with teaching and training experience as an Associate Lecturer at the Ministry of Health for the requalifying of health diploma graduates. Deep knowledge of and skills in Q tools as well. 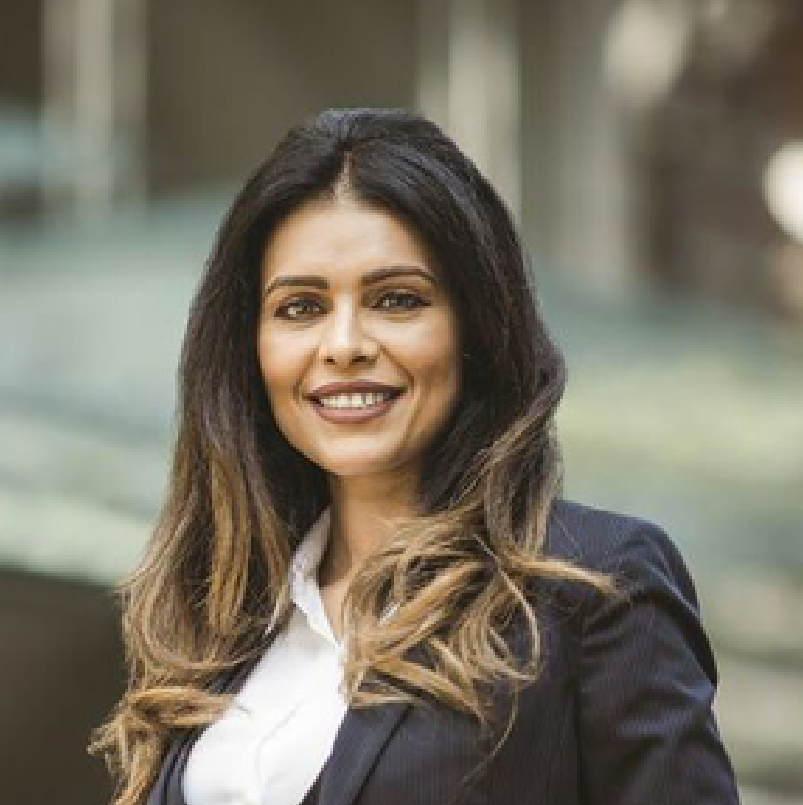 Shefaly SHOREY, PhD. MSc. (Science), BSc. (Nursing), Post Graduate Diploma in Higher Education, RM, RN Dr Shorey is an Associate Professor with tenure at Alice Lee Centre for Nursing Studies, National University of Singapore (NUS). Her research program focuses on family and women’s health. She has designed psychosocial and educational interventions for a varied group of populations including new parents, women with gynecological disorders, and children with chronic conditions. She has conducted both quantitative (e.g. Randomized controlled trials, descriptive quantitative studies) and qualitative (e.g. descriptive qualitative) studies and has published more than 150 peer-reviewed papers in high-impact factor journals. She is an expert in qualitative systematic reviews and serves as an editorial board member and reviewer for renowned international peer-reviewed journals. Dr. Shorey represents Singapore for the Southeast and East Asian Nursing Education and Research Network (SEANERN) and the Global Working Group (GWG) on Salutogenesis. Dr Shorey has received various awards for her academic and research excellence. Of recent, she was awarded as President Nurse Award 2021, the highest nursing accolade for Singapore nursing. She has been invited to various conferences and the findings of her research have been presented at national, regional, and international conferences. Dr Shorey’s research has been regularly published in National Newspapers and broadcasted via Television and Radio Channels. For her past work for Singaporean parents, the Ministry of Social and Family Development (MSF), Singapore bestowed Dr Shorey with the ‘Friends of MSF’ award. Prof Shorey also serves as an advisor for the MSF to support Singaporean parents with their parenting needs in Singapore. Dr Shorey is an experienced and award-winning educator who believes in lifelong learning and adopts a student-centered evidence-based approach to facilitate students’ learning. Dr Shorey is known among her peers and students as someone who constantly innovates and enhances her teaching pedagogies by incorporating varied educational theories. Dr Shorey has incorporated virtual reality and artificial intelligence in her teaching and she was awarded the Annual teaching excellence award 2019, the Faculty teaching excellence award 2019, JoVE Science Education and Research Innovation Award 2021, Yong Loo Lin School of Medicine Digital Education Award 2021 and National University of Singapore Annual Digital Education Award (ADEA) 2022. 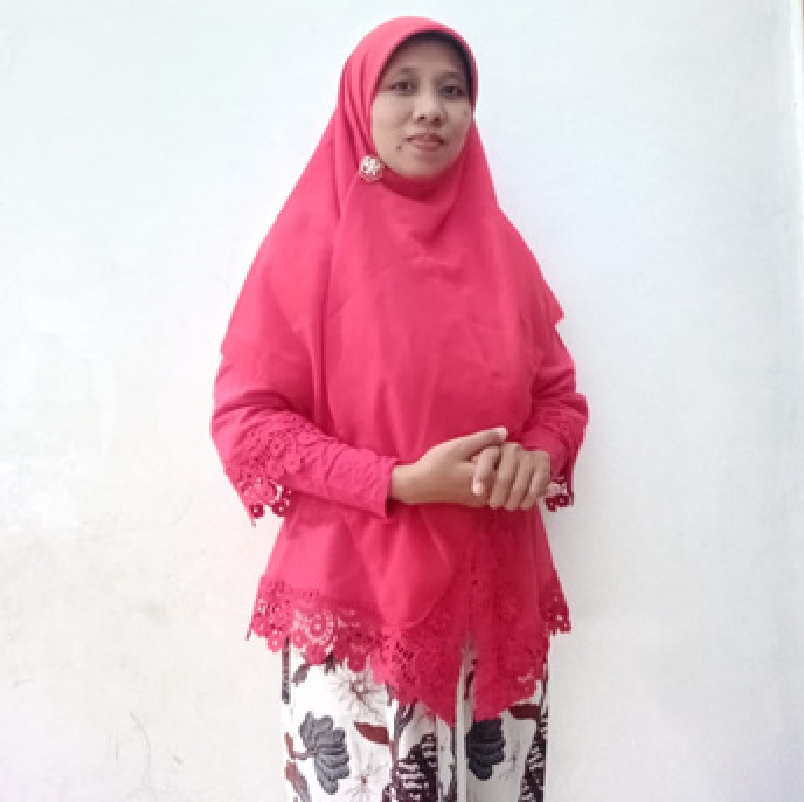 Nanik Setiyawati is a midwife and lecturer at Midwifery Department of Poltekkes Kemenkes Yogyakarta, Indonesia. Her latest background of education is Master of Health Promotion from Diponegoro University Semarang, Indonesia, focusing on health reproductive and HIV/AIDS. Her interest is in the research and study on Reproductive Health Care.
Due to her recent research, she has developed an effective cervical cancer screening tool, “Teropong Digital Cervical Cancer Screening”. It is used to provide a visual of cervix during the cervical cancer screening with acetic acid. The tool contributes substantially to the prevention and control programs. 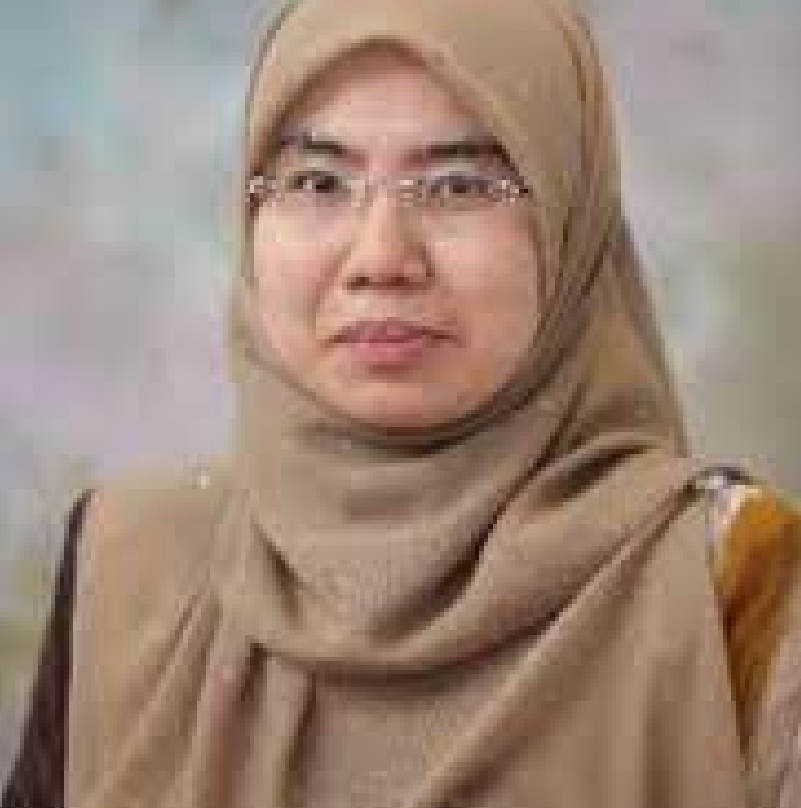 Barakatun Nisak Bt Mohd Yusof, is an Associate Professor and currently holds a position as a Deputy Dean of Academic (Health Sciences) and Students' Affairs, Faculty of Medicine and Health Sciences, Universiti Putra Malaysia (UPM). She is a member of the Research Centre in Nutrition and NonCommunicable Chronic Diseases (NNCD) and a Research Associate of the Institute for Social Science Studies in UPM. She is also a practicing dietitian in diabetes nutrition. Dr Nisak received her PhD in Dietetics from Universiti Kebangsaan Malaysia before completing the Postdoctoral Research Fellowship at Joslin Diabetes Centre, Harvard Medical School in Diabetes Nutrition.
Broadly, her research aims to improve metabolic control and quality of life in those with type 2 diabetes, women with gestational diabetes, and obese individuals. Within this framework, she shared her experience with the Ministry of Health, industrial partnerships, and professional associations in developing diabetes nutrition-related guidelines such as ``Clinical Practice Guidelines for Adults with Type 2 Diabetes`` and ``Diabetes in Pregnancy.`` She spearheaded the drive for the Ramadan Nutrition Plan initiative for people with diabetes. Recent honours include a Fundamental Research Grant Scheme Awards from the Ministry of Education Malaysia to identify the 'Nutritype' signatures for the prevention of diabetes in women with a previous Gestational Diabetes Mellitus. She has also received The Malaspina International Scholar Travel (MIST) Award, International Life Science Institute (ILSI) for her work in diabetes representing the Southeast Asia region. 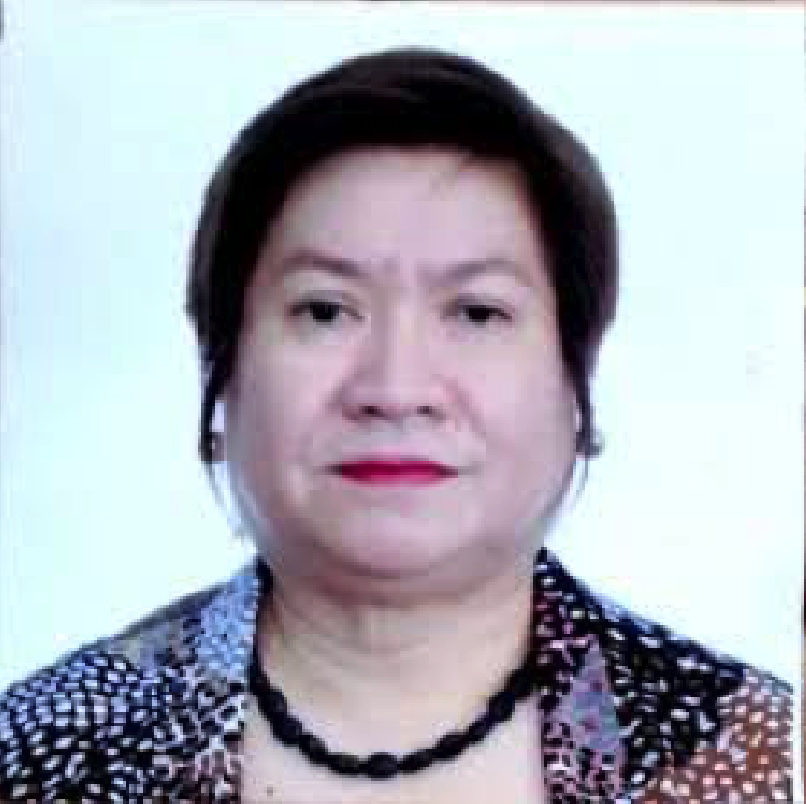 Maria Isabelita “Belle” C. Rogado is a graduate of San Juan de Dios College of Nursing. She earned her Masters of Arts in Nursing at the La Concordia Graduate School and tookManagement Development Program from Asian Institute of Management. Currently, Mrs. Rogado is acandidate for the doctoral degreein Nursing Science at St. Paul’s University of the Philippines.
With over thirty years of nursing experience, Mrs. Rogado is known for her expertise in clinical nursing education primarily in critical care nursing, leadership development, operational turn-around efforts, physician partnership and strategic development plans geared toward quality and safety enhancement procedures particularly in the field of informed nursing practice.
Professor Rogadohas risen from the ranks of the Nursing Service of the Philippine Heart Center and took an early retirement from government position to pursue experience in the private sector such as being the Vice President of the Division of Nursing of St. Luke’s Medical Center - Quezon City (2005 – 2008) and Chong Hua Hospital (2014 – 2015).
A very dynamic woman, Prof. Rogado is actively involved in many Board of Nursing initiatives, such as member of the Task Force of the Comprehensive Nursing Law, Roadmap 2030, member of the National Nursing Career Progression Program (NNCPP), and module writer and coach for the National Nursing Core Competency Standards (NNCCS). She is also engaged in other nursing and medical organizations.Professor Rogado was inducted to the membership of the Honor Society Sigma Theta Tau Pi Iota Chapter of the Hong Kong Polytechnic University for her nursing leadership.
Prof. Rogado is a certified American Heart Association Faculty for Basic Life Support and Advanced Cardiac Life Support; Simulation Instructor certified by the Center for Advanced Pediatric and Perinatal Education (CAPE), Lucille Park Children’s Hospital at Stanford, California and a Neonatal Resuscitation Program (NRP) Instructor.
Leading her passion in the field of critical care nursing, she is the President of the Critical Care Nurses Association of the Philippines, Inc (CCNAPI) where she dynamically promotes the specialty practice of critical care nursing in the country. She is one among the few clinical certified specialty nurses in the country named by the Board of Nursing – Nursing Specialty Certification Council. Likewise, Mrs. Rogado was recognized as Presidential Awardee in 2014 by the Society of Pediatric Critical Care Medicine of the Philippines and in 2017 by the Neurocritical Care Society and Most Outstanding Alumnus during the 80th Foundation Anniversary of Maryknoll Academy, Lucena City.
Her leadership extends internationally being resource speaker and active proponent of various international scientific symposia. She has been elected and appointed to different positions of international organizations such as: Secretary of the Asia Pacific Association of Respiratory Care, Convener of the Asian Neuroscience Society and the Asia Pacific Federation of Critical Care Nursing. Co-founder and Secretary (2001-2005) and President (2005-2007), and re-elected Secretary (2011 – 2017) of the World Federation of Critical Care Nurses.
Currently, she is a Professor at the Arellano Graduate School of Nursing and manages the Advanced Clinical Laboratory for Skills and Health Care Solution, Inc., a duly accredited American Heart Association International Training Center and Continuing Professional Development provider by the Professional Regulatory Board of Nursing.